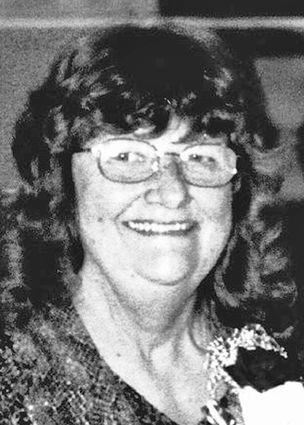 The Memorial Services was held on Tuesday, March 3, 2020 at Schriver's Memorial Mortuary and Crematory with Pastor Justin Brotzel officiating.

Pattie J. Papke was born June 1, 1952, to Robert and Adeline (Brick) Papke in Aberdeen. She attended school in Mina and Cresbard and later graduated from Ipswich High School. Pattie then worked at the Ipswich State Bank for many years. She later moved to Aberdeen and started working for Wells Fargo Bank.

Pattie married Leonard L. Dosch in Aberdeen on August 22, 1982. She eventually started work at K.O. Lee Company where she was employed for 27 years. Pattie enjoyed time with her family and reading.

Pattie was preceded in death by her parents, Robert and Adeline Papke.

Pattie is survived by her husband, Leonard L. Dosch, of Mina; one son, Aaron (Misty) Dosch, of Frederick; one brother, Larry (Cathy) Papke, of Aberdeen; and two grandchildren, Tate and Arabella Dosch.

Schriver's Memorial Mortuary and Crematory, 414 5th Avenue NW, Aberdeen, was in charge of arrangements. Family and friends may sign the online guestbook at http://www.schriversmemorial.com .