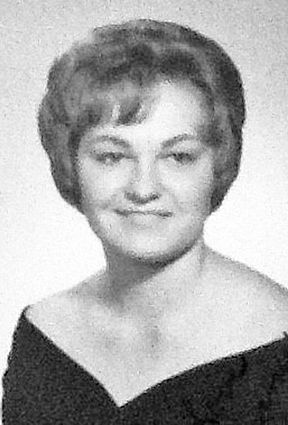 Bonnie (Gisi) Nipp, 73, slipped peacefully away after a long illness on Feb. 19, 2020 in her home in Bakersfield, CA with her husband and daughter at her side.

Bonita (Bonnie) Kay (Gisi) Nipp was born to Albert J. and Ilene (Adler) Gisi of Leola on Sept 11, 1946. She attended Leola Schools and was involved in cheerleading and school plays until her senior year when she moved to Santa Clara, Calif. to live with her aunt and uncle where she graduated high school. She continued living and working in Calif. for many years, eventually meeting the love of her life, Arnold (Arnie) E Nipp. They married in 1969 and had four children.

While Arnie was in the US Army they lived in California, Alaska, Kentucky, and Germany. After the army, they lived in Ipswich, Salem, Ore., San Jose, Calif. and Colorado Springs, Colo., eventually settling in Black Forest, Colo. Bonnie enjoyed raising chickens and milking goats, and spending time with her children and grandchildren.

Bonnie had numerous businesses. A great sales woman, she ranked high as an Avon representative and Cameo Colesce lingerie consultant where she won trips to Hong Kong and Hawaii. Bonnie, with her husband, owned and managed a Duraclean carpet cleaning franchise. Perhaps one of her most fulfilling endeavors was owning and operating The Koffee Haus with her son Todd where she enjoyed chatting with customers while making their favorite cup of brew. In 2001, Bonnie attended real estate school, earned her license, and was passionate about helping people find the homes they desired.

Bonnie joined Arnie on his memorable "Run For The Wall" motorcycle ride from Louisinia to Washington, DC. She loved to read; some of her favorite books were those by Esther and Jerry Hicks. She loved to talk, laugh and welcomed opportunities to interact with others. She was a free spirit who followed her heart and loved life.

In 2012 Bonnie and Arnie retired, exchanged their house for an RV and began their travels to spend time with their children and grandchildren. In 2018 their failing health forced them to make their last home together in Bakersfield. Bonnie was diagnosed with Progressive Supranuclear Palsy and Arnie and daughter Shawna faithfully and lovingly cared for Bonnie until her last breath.

Family and friends gathered in Bakersfield on Saturday, Feb. 29 to celebrate Bonnie's faithful and adventurous life.