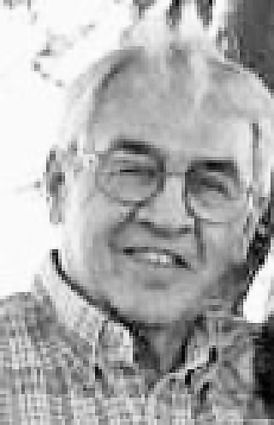 Robert (Bob) Guthmiller, 81 of Sun City, AZ, made his heavenly trip home on February 24 surrounded by his loving family.

Bob was born in Roscoe on November 17, 1938 to Fred and Irene (Lutz) Guthmiller. He graduated from Roscoe High School with the class of 1957 and then served his country in the Army. He was discharged in 1959 and married his high school sweetheart and love of his life Shirley Ernst on August 21, 1960.

They were blessed with four children: Jeff, Randy, Marty, and Melissa. In 1986 they moved to Arizona where he pursued his love for his carpenter trade. He touched many lives in the surrounding areas with his new home building, and remodeling projects.

After his semi-retirement Bob and Shirley spent the summers in South Dakota traveling in their Motorhome with hammer in hand doing his beloved carpenter work. His love for his God was very important in his life whether it be in his church attendance, serving on committees or playing a very important part in the building of the Fellowship Hall at Pilgrim Lutheran Church in Mesa, Ariz. Bob's love for his four children, their spouses and grandchildren were unmatched except for the love of his wife, Shirley of 60 years and his heavenly father. Seldom a day went by that he did not express that love to her.

He was preceded in death by his son Randy in July, 2019; mother and father; two sisters and one brother. He will be dearly missed by everyone who knew him.