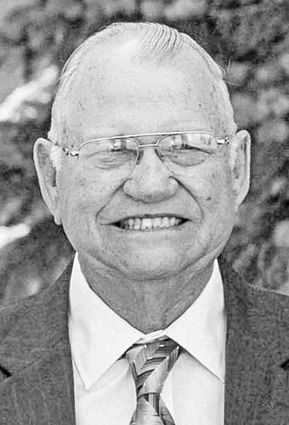 Mass of Christian burial, for immediate family only, (because of the Catholic Diocese Directive) was at 11 a.m., Monday, March 23, 2020, at St. Mary's Catholic Church, Aberdeen, with Father Michael Griffin, Celebrant.

Burial, with military rites, will take place at Our Lady of Perpetual Help Catholic Cemetery in Leola at a later date.

Elmer Lloyd Zulk was born January 2, 1936, to Herman and Elsie (Koepsell) Zulk in Canova. This is the area where he was raised and attended school.

Elmer worked road construction for a couple of years before joining the United States Army. Upon receiving his Honorable Discharge, Elmer returned to the states and continued doing road construction.

Elmer was united in marriage to Rita Lucille Kline on May 14, 1962, in Leola. The couple made their first home in Canova. In 1966, Elmer and Rita moved back to Leola, where they owned and operated Zulk Hotel for many years. In addition to managing the hotel, Elmer also worked for FEM Rural Electric, a career that lasted 30 years, until he made the decision to retire. Following retirement, Elmer became self-employed and worked full-time as the owner of his own electric business.

Elmer and Rita raised five children and shared over 52 years of marriage before she passed away on October 19, 2014. In 2015, Elmer moved to Aberdeen, where he continued to reside until the time of his death.

Elmer was a member of Our Lady of Perpetual Help Catholic Church and the Roy S. Hickman American Legion Post #78, both in Leola. He was currently a member of St. Mary's Catholic Church in Aberdeen. Elmer loved all sports and especially enjoyed following Smitty's baseball and the sporting events of Leola and Roncalli. He also enjoyed playing Keno when he had the opportunity. Elmer will be remembered for his humor, his compassion for others, and his willingness to always help others by utilizing his electrician skills and repairing things for them.

Elmer was preceded in death by his wife, Rita; his parents, Herman and Elsie; his brother, Leonard Zulk; and twin granddaughters.

Schriver's Memorial Mortuary and Crematory, Aberdeen, was in charge of arrangements. Family and friends may sign Elmer's online guestbook and also view his service via the live stream service link at http://www.schrivers memorial.com.

Condolences may be sent to: Sandy Andera, 721 2nd Avenue NE, Aberdeen, SD 57401. Elmer was an avid fan of Roncalli and memorials will be directed to the Roncalli Development Office for the library and athletic programs.