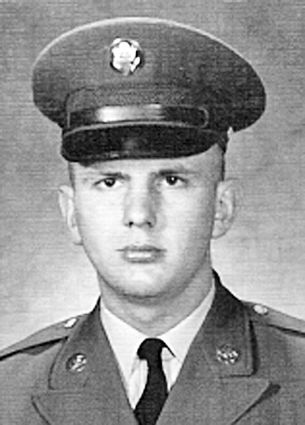 James A. Heilman of North Platte, Neb. and formally of Denver, Colo. and Hosmer, passed away peacefully on March 19, 2020 after a lengthy illness with special friend Lee at his side at the VA Nebraska-Western Iowa Health Care System in Grand Island, Neb.

James (Jim) Anton Heilman, son of Christ B. and Agatha C. (Malsam) Heilman, was born on November 27 1947 in Aberdeen. He grew up on the family farm 1 1/2 miles southwest of Hosmer. He graduated from Hosmer High School with the Class of 1966. Following graduation Jim attended the National College of Business in Rapid City, until he was drafted into the Army in December of 1967. He did his advanced training at Ft. Sam in Houston, Tex. and served his country as a Medical Service Tech during the Vietnam War with the 4th Infantry Division earning the rank of Specialist 5 (E-5).

After his Honorable Discharge in July of 1970 he returned to Rapid City, and was a resident there during the Rapid City Flood of 1972. Jim then moved to Denver, Colo. which became his home for many years. He worked at Mercy Hospital until it closed and then began employment at St. Joseph Hospital until his retirement. He returned to the workforce and worked for Denver Rapid Transit until he again retired at the age of 63.

In March of 2019 Jim and Lee moved to North Platte, Neb. to get away from the big city life and be closer to Jim's family. Jim inherited his love of plants and flowers from his Mother and gardening became one of his passions in life. He could discuss his gardening endeavors for hours on end. He had a tender heart and showered his love on his many pets. Many a dog or cat were spoiled rotten and had a wonderful home under his loving care.

Jim had an amazing ear for music and enjoyed sitting at a piano and keying out songs from memory. We enjoyed his true talent. Jim had a protective spirit and would want assurance that "those brothers-in-law" were good to his sisters. He never talked about his Army experiences and spend countless hours of worry during his youngest brothers' time of service.

A private family service with Graveside Military Honors will be held at a later date in Hosmer.