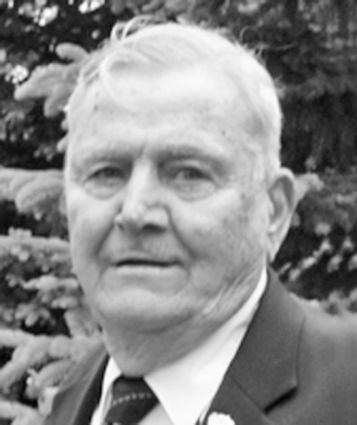 Leo Hubert Schaefer was born September 20, 1927, to Anna (Kaiser) and Matthias Schaefer at their farm just north of Hoven. He attended school in Hoven at St. Bernard's Catholic School, and graduated from Hoven High School in 1945. He served his country in the US Army from early 1946 and was honorably discharged in April 1947. Leo married Phyllis Zweber on September 16, 1952 in Hoven. They established their home on a farm nine miles northwest of Hoven where they farmed together until her death on Feb 7, 1995. He continued to farm there until entering the Bowdle Nursing Home in 2011 where he lived for the remainder of his life.

He was a member of St. Anthony's Catholic Church in Hoven. He enjoyed farming and ranching, music and dancing, reading (especially the Aberdeen American Newspaper daily from age 9 until a few years ago), playing cards, visiting with people, driving around looking at crops and livestock, watching TV (rooting for the Minnesota Twins and Vikings), his Catholic faith and being around his family.

Services are in care of Lien Funeral Home, Bowdle. Online obituary and guest book at http://www.millerlienfh.com .