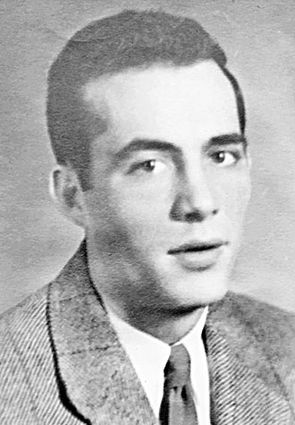 Mass Of Christian Burial for Anton "Tony" Thares of Ipswich is 10 a.m. on Tuesday, June 2, 2020 at Holy Cross Catholic Church in Ipswich with burial to follow at Holy Cross Cemetery. Fr. Timothy Smith will serve as the Celebrant of the Mass.

Anthony "Tony" Thares was born on June 2, 1925 to Andrew and Katherine (Wolf) Thares at Eagle Butte. At an early age his family moved to Ipswich. He was a graduate of Holy Cross Grade School and Ipswich High School. He worked for Red Owl Food Stores and a local Ford Dealer.

In 1951, he married Rita Lapka in Leola and made their home in Ipswich. He was a Bookkeeper and later Manager of a local Cooperative until 1979 when he went to work as a Credit Manager for Cenex in Ellendale, N.D. until he became the Finance Officer for the City of Ipswich in 1981 until his retirement in 1990.

Tony was an active member of Holy Cross Catholic Church in Ipswich. He was a former member of the Catholic Order of Foresters, a board member of the J.W. Parmley Museum and a 4th Degree Knights of Columbus.

His parents, wife, one brother, and three sisters preceded Tony in death.

Services with Gramm Funeral Home of Ipswich. Condolences and memories may be shared with the family at grammfunerahome.com. The family requests donations in Tony's memory be made to Holy Cross Catholic Church.