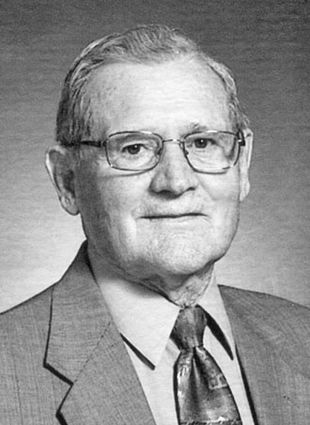 Verne was born to Dwight 'Tom' and Clara (Garrison) Reidt at their farm on October 7, 1929, to hear him tell it; "and I did chores all alone that night." He attended school in Roscoe, graduating in 1948. He served two years in the U.S. Army, honorably discharged as a Corporal.

Verne married Lorraine Wiedrich on February 8, 1953 at St. James Congregational Church in Roscoe. They were blessed with three daughters; Cindy, Diann, and Nancy. Together they operated the family farm with brother Floyd and his wife Virginia, eventually turning over operations to their daughter Cindy and her husband Larry. They retired and moved into town.

Verne had a strong sense of pride in his hometown and was very active. He served as Mayor of the City of Roscoe for 18 years; Chairman of the Farmer's Union for 24 years; President of St. Paul's Lutheran Church Council for three terms; presided over the Edmunds County Cattlemen Association; served on the Edmunds County Board of Commissioners; was a 4-H Leader; and a lifetime member of the American Legion where he served in the honor guard.

Verne was a devoted and generous man. Husband, father, grandfather, great-grandfather, as well as godfather to six, he prayed for them all. He made his family smile with the many comical songs he composed and loved Model A cars. "Silly Grandpa" was what his great-grandsons called him.

Verne spent 13 years battling Alzheimer's. Memory ever fading, his eyes would always light up when he saw family, especially his beloved Lorraine. His family participated in the Aberdeen Alzheimer's Walk for A Cure in his honor.

He was preceded in death by his parents; infant daughter Nancy, brothers, Clifford, Floyd, Roger; and sisters, Ethel Reidt and Darlene Haight.