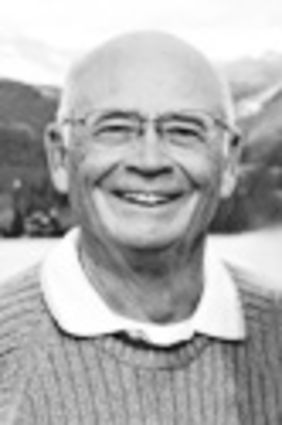 Virgil Binfet, 78, of Mobridge passed away Thursday, June 25, 2020, at the Mobridge Regional Hospital.

A memorial visitation was Sunday, July 12, 2020 at Kesling Funeral Home. There was a private Mass of Christian Burial. Inurnment will be at Black Hills National Cemetery.

Virgil (Virg) J. Binfet passed peacefully to Eternal Life, June 25, 2020, at the Mobridge Regional Hospital, surrounded by love with his family and friends. Virg, 78, was diagnosed with Multiple Myeloma in June of 2014. He valiantly fought the battle to the end. Virg was a kind, faithful, and trusted man. He was a positive influence on all whose paths he crossed.

Virg was born September 25, 1941 in Edmunds County, the third of seven children to Leopold and Josephine (Gisi) Binfet. He was baptized and confirmed in the Catholic Faith. After graduation from Cresbard High School in 1959, Virg enlisted in the Army. He was assigned to Alvarado, Tex., to the New Emerging Missile Technology Unit, which was to intercept an enemy plane before it reached a United States target. At one point, the unit was on "RED ALERT" with a finger on the button, and the countdown was at three, waiting for President Kennedy's command to fire a missile. Virg received his honorable discharge in July 1962. He attended Northern State College to receive both his Bachelor and Master's Degrees in Business Education and Secondary Administration.

Virg married the love of his life, Darlene Kluckman on May 27, 1979, in Mobridge. To this union one son, Joel was born. Special "family members", who were Joel's friends, that Virg, lovingly referred to as "The Lads" Lance Andrews, Dave Froseth, Scott Fuhrman, Tim Gebhart, Patrick Hanson, Scott Hatch, Aaron Keller, Wade Keller, John Kosters and Patrick Payer. Countless memories were made transporting Joel and "The Lads" to basketball games, coached by Steve Fuhrman. They traveled throughout the US for AAU track. Joel and "The Lads" anticipated each Super Bowl party at the Binfets.

Preceded in death by his parents and brother LeRoy, in-laws Martha and Walter Kluckman and brother-in-law Duane Kluckman

Kesling Funeral Home of Mobridge was in charge of arrangements.