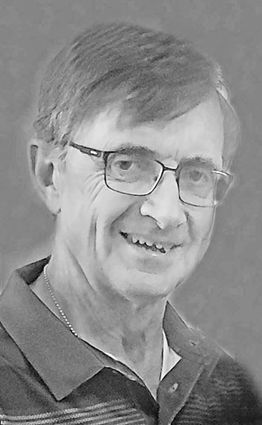 Micheal, son of Agnes (Schumacher) and Leo Schwingler, was born March 13, 1955 at Eureka. He was brought up on a farm seven miles west of Hosmer. He received his formal education at the Hosmer Public School, graduating with the HHS Class of 1974. He then lived and did farm work near Groton.

Micheal married Sharon Schneider at Sacred Heart Catholic Church in Gettysburg on August 7, 1981. They settled five miles west of Hosmer where Mike ranched and farmed. In the late 1980's, Micheal moved into Hosmer and was employed in road construction for a number of years. He then spent many years helping area farmers and most recently was employed at the Scott Rau farm.

Micheal belonged to Holy Trinity Catholic Church in Hosmer until its recent dissolution. He was currently a Hosmer City Alderman after serving as the Hosmer mayor for 10 years. In addition to keeping busy farming, he also was the caretaker for Hosmer's Rental Apartments. Micheal greatly enjoyed fishing and played a lot of basketball in high school and later in amateur ball. He was a fan of the Minnesota Twins and Detroit Lions. Micheal was also involved with Alcoholics Anonymous (AA) for many years. A great accomplishment was Micheal recently observing 32 years of sobriety.

Organist was Carie Kappes and Mass server was Ben Batie. His granddaughters placed the Pall on Micheal's casket. The lector was Micheal's son, Michael.

Honorary bearers were AA members in Aberdeen and Eureka and Micheal's fellow Hosmer City Council members, past and present.

Services are in care of Lien-Staub Funeral Chapel, Eureka. The livestreamed Mass is available on the Lien Family Funeral Care Facebook page.