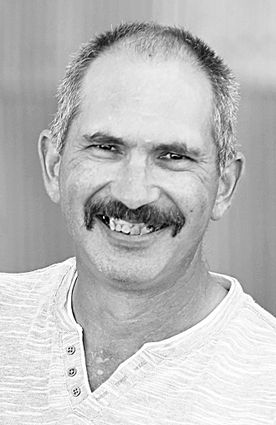 Blake Lee Lunders, son of Jeannette (Grismer) and Arnold Lunders, was born in Aberdeen on June 25, 1971. He was brought up on the family farm 12 miles east of Hosmer. He attended school in Hosmer, graduating with the Class of 1989. He went on to Lake Area Vocational School in Watertown, focusing on electrical studies. He then returned to the family farm. Blake married Tammy Thomas on July 1, 1995 at St. Augustine's Church in Bowdle. They first settled on the farm west of Hosmer.

Blake will be remembered as a dedicated volunteer fireman, both for the Roscoe and Bowdle squads. Since 2010, he served as Roscoe's Fire Chief. He was also gifted with the ability to turn trash into treasure. He was able to revive old lawn mowers and even made his own log splitter. He was skilled at building (actually over-building) things from recycled materials and wood. Blake also cherished being a grandpa.

Casketbearers were Dave McCarlson, Jay McCarlson, and Mike Kessel of Bowdle; Scott Miller and Allen Beyers of Roscoe; and Chad Preszler of Hosmer.

Services are in care of Lien Funeral Home, Bowdle. Blake's funeral was livestreamed on Lien Family Funeral Care's Facebook page and is available at http://www.MillerLienFH.com.