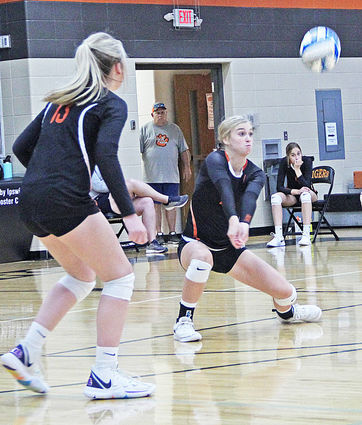 The Tiger girls won the first set 25-13 that ended with a Langford hitting error. The second set also went in Ipswich's favor 25-10 thanks to Paige Mehlberg's set-point kill. But the third set proved to be a whole lot closer and Mehlberg also capped that 26-24 victory with a decisive kill. (She had just claimed Ipswich's 25th point with yet another kill.)

"We tried to do a few more things offensively, early in set #3 and it cost us our momentum," said Tiger Coach Trent Osborne. "Volleyb...