Ipswich XC runners 3rd and 8th at State B 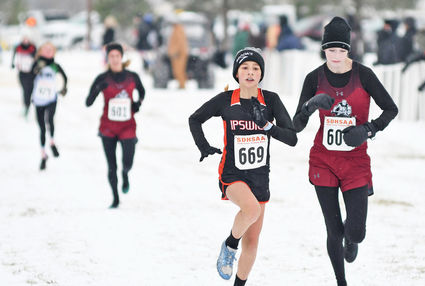 The only teams to beat them were Kimball/White Lake first with 33 points and runners-up Aberdeen Christian with 39. Ipswich was next with 43 points followed by fourth-place Great Plains Lutheran and Newell also in the top five, each with 64.

The girls race was very interesting, how it developed, said Coach Todd Thorson Sunday night at the welcome home.

"It was a three team race and the rest of the teams dropped back," he said. "We were close to winning the championship," he said.