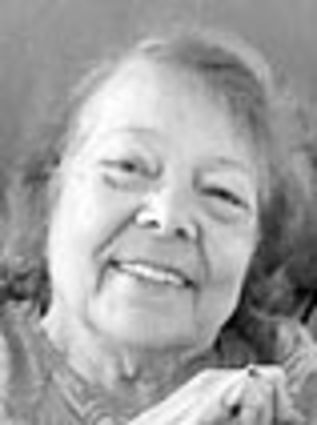 Cecilia (Gauer) Morgan, 84, of Aberdeen and formerly of Ipswich, passed away Monday, November 2, 2020 at Mother Joseph Manor in Aberdeen.

Mass of Christian Burial was at 10:30 a.m. November 5, 2020 at Sacred Heart Catholic Church in Aberdeen. Burial is in Mountain Home, Ark. at a later date.

Cecilia Marie Gauer was born the oldest of seven children on September 15, 1936 to Pius and Mary (Sitter) Gauer in Mina. She graduated from Ipswich High School, then furthered her education at Mount Marty in Yankton and Northern State College where she earned her Bachelor's in Education and a Teaching Certificate. Her career started in a one-room schoolhouse. She began teaching sixth grade at Ipswich Elementary in 1974. A teacher of 40+ years, she loved, learning, teaching, and her students.

She married John Morgan, of Ipswich, on May 28, 1958. They continued to reside and raise their family in Ipswich for many happy years.

Throughout her lifetime, she was an avid reader and gardener. She was a member of the Elizabeth Ann Seton study club and the 20th Century Club in Ipswich.

John and Cecilia moved to Mountain Home, Ark. in 2005. They loved living in the Ozarks and all their many trips to Branson, Mo. In Mountain Home she also enjoyed being in the Friends of Library Club, Garden Club, and a board member for Modern Woodmen.

Due to declining health, they moved back to South Dakota in 2014 to be closer to family and familiar places.

She was preceded in death by parents Pius and Mary Gauer and brother Thomas Gauer.

Arrangements by Gramm Funeral Home, Ipswich. Condolences and memories may be shared with her family at grammfuneralhome.com. In lieu of flowers, donations may be made to SPURS in Aberdeen.