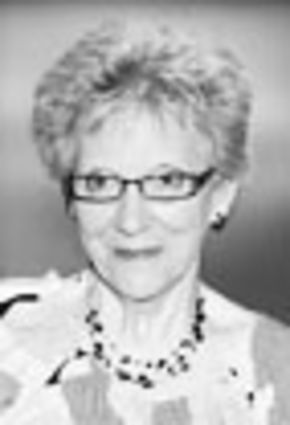 Marilyn Morris Maroney was born on October 30, 1942, at the family farm near Cresbard to Robert and Darlene (Drager) Morris. She attended a country school for five years and then Cresbard Elementary School for one year before moving with her family to Ipswich in the fall of 1953. Marilyn graduated from Ipswich High School in May of 1960.

Marilyn Morris married Larry Maroney on May 14, 1966, in Ipswich. Together, they raised four children, Randy, Troy, Sheri, and Shawna.  In 1975, Larry and Marilyn and their four children moved to Lebanon and three years later to Gettysburg where they both worked for Cenex until 1985. After working at Cenex, Marilyn worked at the local nursing home and then went back to waitressing which is something she started doing at the young age of 15 and continued to do until she moved from the Gettysburg community.

In 2000, Marilyn moved to Brookings to help care for her husband who had been hurt in a truck accident in 1991.  While in Brookings, Marilyn worked at 3M and Falcon Plastics before retiring in 2006 after being diagnosed with Multiple Sclerosis.

Marilyn was a perfectionist and took pride in all that she did from her work, her home, and even her dress. She would rarely leave home without a matching outfit that included her matching earrings.  Marilyn had a work ethic like no other and it was something she instilled in her children at a young age just by the example she set. She was most known around the Gettysburg community for her time waitressing at the Medicine Rock Café.  Marilyn was always one that would say what was on her mind but those that really knew her knew that she was a very giving person that did for others before doing for herself and much of what she said came from the heart.  She especially loved giving of herself and her time to help with her six granddaughters in whatever ways she could. They were truly the light of her life.

Luce Funeral Home of Gettysburg had been entrusted with Marilyn's arrangements. Visit http://www.familyfuneralhome.net . For those unable to attend, a live broadcasting of the service will be available.