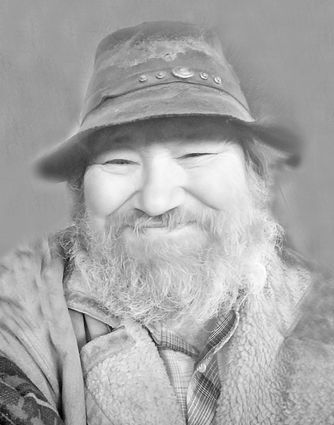 Jackie Donald Aldinger, son of Evelyn (Ellis) and Donald Aldinger, was born at Bowdle on July 12, 1960. He was brought up and received his formal education in Bowdle. Following his schooling, he began his lifelong employment at the family business, Aldinger Hide and Fur. For the past 20 years, he was also employed for Ulmer Auctions out of Ashley, N.D. Jackie married Ruby Zimmer at St. Paul Lutheran Church in Bowdle on March 24, 1984. Three children-Judon, Joni, and Jarret-were born to this union.

Jackie was a fan of Minnesota Twins, Minnesota Vikings, and Elvis Presley. He enjoyed watching old-time Western movies and TV shows. He will be remembered for his infectious laugh, big smile, and his hat that he wouldn't be caught without.

Honorary bearers will be Jackie's grandchildren-Douglas, Claire, Alyssa, Madelyn, Olivia, and Carter; the Bowdle Hospital Staff; Staff at the Avera Cancer Institute in Aberdeen; and Aldeen Sandmeier and Dennis Palmer of Bowdle.

Casketbearers will be Rodney Schlecht, Rick Boschee, and Lyle Kiesz, of Bowdle; Lance Bonen of Hosmer; and Randy Ulmer and Brent Ulmer of Ashley.

Organist will be Dani Hoffman and usher will be Philip Peterman.

Services are in care of Lien Funeral Home, Bowdle. Jackie's funeral will be livestreamed on the Lien Family Funeral Care Facebook page and be available at http://www.MillerLienFH.com Thursday night.