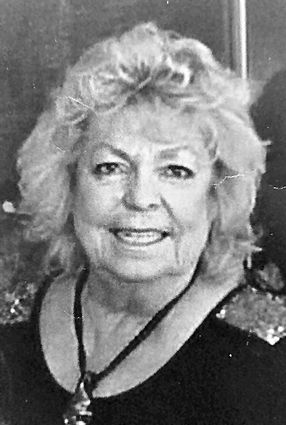 Sherry Lee Zimmerman, 72, of Webster, passed away on Sunday, November 22, 2020 at Sanford Hospital in Webster.

On December 2, 2020, a Requiem Mass was at Holy Cross Catholic Church in Ipswich. A private memorial service was held on Monday, November 30 at 1 p.m. at Saint John's Lutheran Church, Webster.

Sherry was inurned at the Prairie Mount Cemetery in Butler.

Sherry Lee (Peterson) Zimmerman was born on November 10, 1948, to Jerald W. and Patricia K. (McKane) Peterson. She grew up in Andover/Bristol area and attended school in Andover for the first seven years then transferred to Bristol High School. She was very active in extra-curricular activities, such as plays, cheerleader, class officer, student council and annual staff. After graduating in 1967, she attended Watertown Business School.

Sherry was married at a young age and had two children, Perry Lee and Jodie Lynn. She stayed in the area where she grew up. When her children became school age, she became the Business Manager at Bristol High School for the next 22 years. When her Dad's health began to fail, she resigned the school and went to work for the Peterson business.

Sherry met the love of her life, Bruce Gauer in September 2006 at the Eagles' Club in Aberdeen. They briefly dated then broke up, then started dating again in March of 2007. They have been together ever since.

She was preceded in death by her father Jerald Peterson, sister Marie Bakke and her grandparents.