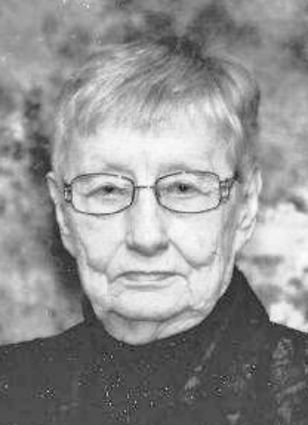 Services were December 26, in Weatherford, Tex., with burial at Sunset Memorial Gardens, Aberdeen.

She was born January 13, 1921, on the family farm near Roscoe to William Beyers and Eleanora Jensen. She attended rural school through eighth grade, graduated from Ipswich High School (1938), Northern State Teachers College in Aberdeen, after which she taught in rural schools in Edmunds County, Milbank, and Peters, Calif. After World War II she moved to California, where she met her first husband, Wesley M. Schwoerer, on a blind date. They were married there in 1948 and were the parents of three children, Clifford, Michael and Lori. They made their home in California until moving to the Beyers family farm near Roscoe in 1964.

Wesley passed away May 26, 1972. After that she moved to Roscoe until her children finished high school. She then moved to Aberdeen, where she was employed at Americana Nursing Home. When she retired from there, she moved to Ipswich. She married Howard Samp Oct. 16, 1992, in Ipswich. They made their home at Parkside Retirement Community in Aberdeen and enjoyed many happy years together, until Howard's death in 2006. In 2016, she moved to Fort Worth, Tex. to be near her family.

She was a member of First Baptist Church in Aberdeen, where she belonged to ABW and the RSVP program. She enjoyed reading, music, and crocheting.