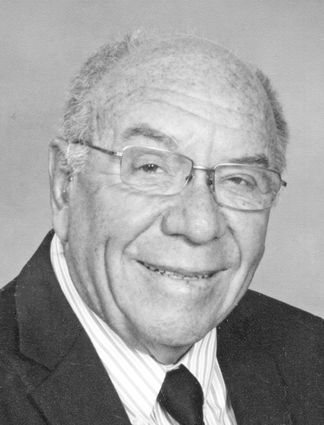 Our husband, father, and grandfather unexpectedly passed away on Dec 26, 2020 while ice fishing.

Eugene was born on October 19, 1939 to Francis and Erna (Brick) Conn near Aberdeen. He was raised on a farm and attended elementary country schools, Simmons Junior High, and Westport High School.

After high school, Eugene moved to Rapid City to work for Midwestern Homes until his mother became sick and passed away. He worked for Jacobs Construction in Aberdeen until he was drafted in the Army. He served his country from April 1962-64.

He married Lynn Christianson on Nov. 24, 1961 in Columbia. Upon his return from service, they farmed together with his dad near Aberdeen until January 1966 when they moved to a farm northwest of Roscoe. He retired from farming in 2001. Eugene enjoyed retirement immensely. He took full advantage of life and continued to pursue his many passions.

He loved farming, hunting, fishing, polka dancing, playing cards, restoring old IH tractors, traveling across the country, and visiting family and friends in his fifth wheel camper. He was up for anything and never met a stranger. His most recent trip across the country (fall of 2020) included alligator hunting in Florida.

He loved his family tremendously and was especially proud of his grandchildren and new great- grandson. For the last 30 years, there were many family camping trips to state parks, lakes, rivers, and the Yogi Bear campground. Over the past five summers, he treated his family to guided fishing trips on Lake Oahe in Mobridge. He traveled to Alaska for halibut and salmon fishing three times, once with his grandsons.

He was a member of the Roscoe Legion, Glen Township Board, and The Good Sam Club. He was also a member of St. Paul's Evangelical Lutheran Church where he served on the church council.

He was preceded in death by his parents; brother, Lyle; three brothers-in-law, and one sister-in-law.

Arrangements by Gramm Funeral Home, Ipswich. Condolences and memories may be shared with his family at grammfuneralhome.com.