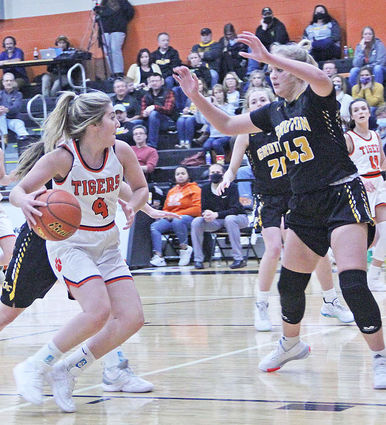 Halle Heinz in girls basketball action during the 2020-21 season.

It's that time of the year, time for post-season winter sports honors.

That of course would include Lake Region Conference recognition.

On the girls' side, Katie Bierman and Halle Heinz were on the LRC girls first-team. Heinz was named the conference girls basketball MVP. Chesney Olivier was named to the second team.

Furthermore Heinz earned a spot on the Class B All-State first team. What more can you say but that she was a well-rounded athlete. The senior guard averaged 20 points per game, 4.5 rebounds per game, 4.5 assists per game and 4.6 steals per game this year. (She once scored 37...