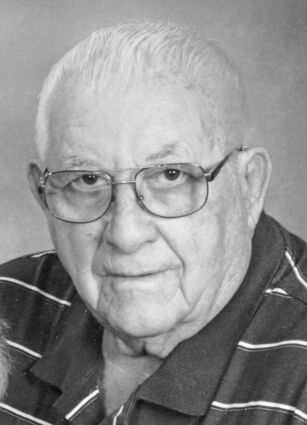 Mass of Christian Burial for Clarence Hammrich, 83, of Ipswich, was at 10:30 am, Tuesday, July 6, 2021 at Holy Cross Catholic Church, Ipswich. Father Timothy Smith was the Celebrant.

Clarence 'Stormy' Robert Hammrich was born September 11, 1937 to Amelia and Carl Hammrich in Ipswich. He attended school through the ninth grade. He joined the US Army, and served from 1959-1960. In 1961 Clarence was united in marriage to Darlene Scholand of Buxton, N.D. From this union four girls were born: Debbie, Annette, Jana and Renae. On June 27, 1970 he married Judy Miller of Wetonka, and expanded their family by five: Shelly, Jody, Jason, Kevin and Kara.

Clarence worked hard his whole life farming and ranching with his brother Junior for 26 years. He then worked at Sieh Cattle Co. for roughly 23 years before selling his farm and moving to Ipswich in 2003. He brought his tractor and baler along doing custom work. He loved driving tractors and helping out many farmers in the area until his health prevented him.

He was preceded in death by his parents, Carl and Amelia; sisters, Marcella, Hazel, Lillian and Beverly; brothers, Edward, Tony, Henry, Junior; first wife, Darlene; and daughters, Annette and Jana.

Arrangements with Gramm Funeral Home of Ipswich. Condolences and memories may be shared with his family at grammfuneralhome.com .