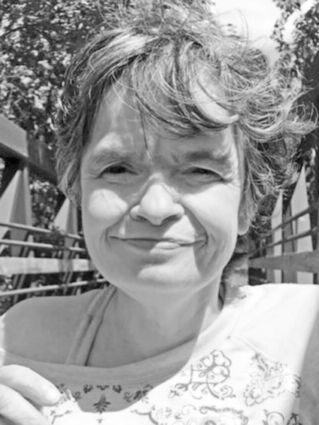 Naomi passed away peacefully at her residence on August 17, 2021.

Naomi Caroline Binfet was born to Clemence and Lorraine (Gabriel) Binfet on April 7, 1964 in Hoven.  She grew up on a farm near Onaka, later moving to occupational training at the S.D. Developmental Center in Redfield.  In 2004 she relocated to an Aspire group home in Aberdeen, where she remained until the time of her passing.

Naomi loved music and dancing, and time spent with family and friends. She especially enjoyed taking rides in the car (for ice cream), M&M's and tearing paper to shreds. Naomi was never defeated by her limitations. Her beautiful smile and infectious laughter were contagious. She touched the lives of so many people that she lived and worked with, and will be dearly missed.

She was preceded in death by her parents, Clemence and Lorraine Binfet and infant brother, Blair Bernard Binfet.

Arrangements with Gramm Funeral Home of Ipswich. Condolences and memories may be shared with her family at grammfuneralhome.com .