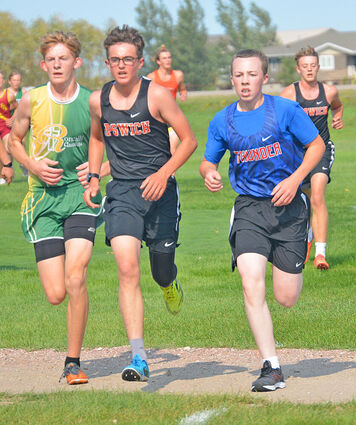 The IHS Tiger boys were able to place second as a team that day, second only to Miller's seven team points. Ipswich was indeed next with 33! The Mobridge-Pollock Tigers were third with their 37, Highmore-Harrold fourth with 37, followed by Faulkton with 44 and Aberdeen Roncalli with 44.

Meanwhile the IHS varsity girls were able to land in third place with their 21 points. This event was won by Potter County with eight team points, followed by Aberdeen Roncalli in second at 20. Stanley County was fourth with 43.