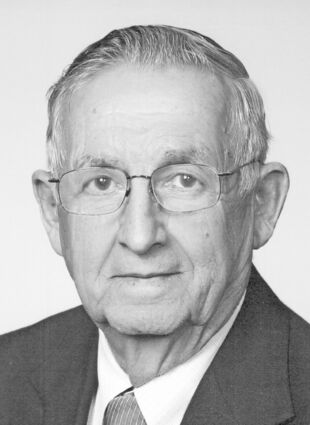 Elroy Michael Goetz, 85, of Aberdeen and former-ly of Roscoe, passed away Friday, Feb. 25, 2022, at his home, after a two-year battle with cancer.

Mass of Christian Burial will be held at 10:30 a.m., Friday, March 4, 2022, at Sacred Heart Catholic Church, Aberdeen, with visitation beginning one hour prior to the service. Father Tim Cone will be officiating. A time of fellowship and lunch will follow the Mass at the church hall.

Burial with Military Honors will be held at a later date at Morningside Cemetery in Roscoe.

Elroy was born March 2, 1936, at home on the family farm southwest of Roscoe, SD. He was the fourth child of Roy and Katherine (Deis) Goetz. He was raised on his parents' farm with his five brothers and one sister.

Elroy attended Hillside Country School. He served in the US Army from October 1958 to July 1960. On June 8, 1963, Elroy married Jean Alwin in Watertown. Elroy was very proud of the fact that he and Jean built a successful family farming operation west of Roscoe. Jean passed away in June 1999.

Elroy was a lifelong hunter and fisherman. He and his family spent numerous weekends fishing and camping at the river. He was a member of the Roscoe American Legion Post 259, Roscoe Centennial Committee, served as a director of the Roscoe Farmers Union from 1971 to 1980, and was a very active member of the Roscoe Cemetery Board. Elroy spent many hours helping to maintain the cemetery.

After retiring to Aberdeen in 2013, Elroy was able to pursue his passion for traveling. He was very proud to be a worldwide traveler. A couple of his favorite destinations were Alaska and Egypt. Nothing made him happier than discussing his travels with other travel enthusiasts.

Elroy, along with his special friend Beth, volunteered his efforts at the Brown County Fair, Volunteers of America, Storybook Land, Kids Against Hunger, and many other organizations.

Schriver's Memorial Mortuary and Crematory, Aberdeen, is in charge of arrangements. Family and friends may sign the online guestbook and also view the service at http://www.schriversmemorial.com.