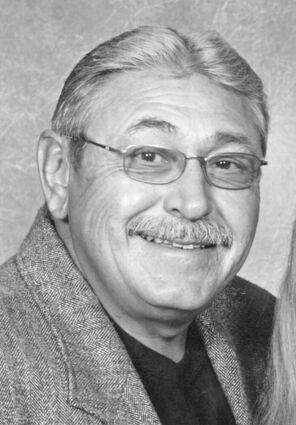 The Funeral Service for Dean W. Schumacher, 71, Hosmer, will be at 11 a.m. on Thursday July 14, 2022, at St. John's Lutheran Church in Hosmer with Pastor David Peterson and Pastor Deb Grismer officiating. Burial will follow at Bethany Cemetery, Hosmer.

Dean passed away on Saturday July 9, 2022, at Bowdle Healthcare Center.

Visitation will be from 5 to 7 p.m., Wednesday July 13, 2022, at Leonard-Gramm Funeral Home in Ipswich followed by a prayer service at 7 p.m.

Dean Wade Schumacher was born December 14, 1950, the only child of Melvin and Ruth (Neifer) Schumacher.

He attended rural school and Hosmer Public School, graduating from Hosmer High School with the Class of 1969. He then attended Northern State College, receiving a Bachelor of Science degree in Secondary Education in 1973. In 1974, he began working at the Hosmer Bar, where he served as bar manager from 1976-1979 and again from 1986-1999. From 1979-1986, he was employed as a liquor salesman at Sodak Distributing of Sioux Falls. After his father passed away in 1999, he began farming full-time.

In his school years, he played baseball and was a standout basketball player. After high school, he played softball for many years, where he was an outstanding first baseman.

Dean was an avid outdoorsman and loved deer hunting and fishing, looking for the big buck or the "game-changer" when fishing. On July 3, five days prior to his death, he fulfilled his last wish to go to New Evarts Resort, even if it was only for two hours. What a precious two hours it was. New Evarts was almost like his second home.

His bartending skills, along with his personality, made him a huge success in the bar business, and most will remember him standing big and tall behind the bar. This will be his legacy. Friends will remember his famous words, "It's five o'clock somewhere," and "I'll decide!"

Dean was also very active in the Hosmer community. He was a past fireman, Sportsman's Club member, softball coach and umpire, city council member, church council president, and the 1987 Hosmer Centennial Chairman. He loved entertaining and hosted many class reunions.

He loved his family. His grandkids adored him, as he did them. He also loved his friends and extended family.

Dean's family wants to thank everyone who supported them with love and prayers during the past ten months.