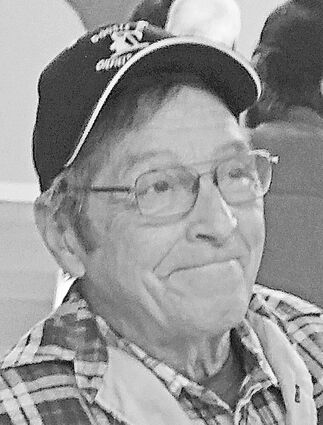 Edward Kirschenmann was born on January 17, 1942, in Loyalton to Elmer and Mildred (Oban) Kirschenmann of Roscoe. He attended school at Montpelier School District. Edward married Tonya Dosch on June 14, 1963, in Ipswich. They made their home on a farm near Loyalton, where they started their family. They later moved to a farm southwest of Ipswich where he was still actively farming.

Edward worked for several years for Oban Construction before becoming a full-time farmer. He then worked closely with his dad and later with his brother.

Edward was very talented in fabricating farm equipment. He was a self-taught welder and lathe operator among many other things. He was not afraid to tackle new things to improve any kind of machinery.

Farm work took up the majority of his time. When he had some free time, he loved to go snowmobiling, fishing, and hunting for that big buck. His time spent with family and friends was dear to him. Flying was another passion of his, even though his children objected to him buying an airplane.

Edward had his last airplane flight from Aberdeen to Sanford Hospital in Sioux Falls. He passed away with his children by his side.

He will be greatly missed by those who knew and loved him, including his son, Bill Kirschenmann of Bath; daughter, Tammy (Scott) Lowe of Watertown; two grandchildren, Samantha (Garrett) Blankenship of Willow Lake and Taylor Lowe of Missouri; six great-grandchildren, Jason, Jesse, Jordan, Christian, Carter, and Amelia; brother, Roy (Judy) Kirschenmann of Roscoe; sister, Dianne (Glenn) Spitzer of Aberdeen; and his special friend Elaine Simpson of Aberdeen.

Gramm Funeral Home is in charge of arrangements. Family and friends may sign the online guestbook at http://www.grammfuneralhome. com.