Heinz placed eighth at State B 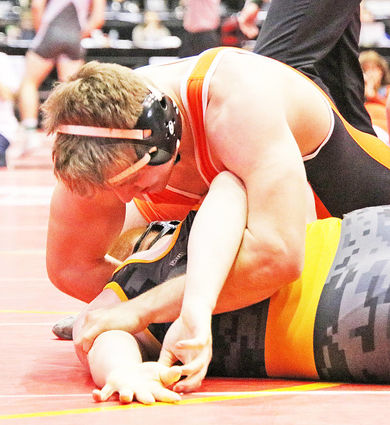 Ipswich/Leola/Bowdle wrestler Carter Heinz (22-14) placed eighth in the 195 division at the State B Wrestling Tournament Feb. 22-23 in Rapid City. He scored 8.0 team points.

Carter made it look easy in his first match. He pinned Preston Norrid of Winner Area in 28 seconds.

His other matches throughout the two-day tournament included:

Consolation Round 3 - Slayton Neugebauer (Parkston) 35-13 won by decision over Heinz...