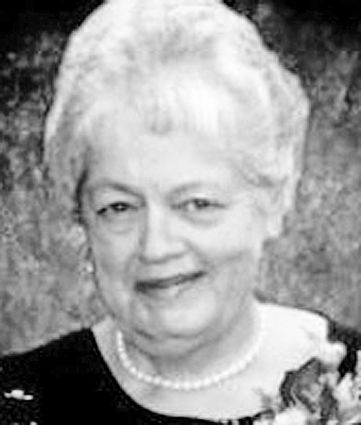 Opal "Elaine" Forkel, 81 of Midland, Mich. and formerly of Ipswich, passed away Tuesday, March 5, 2019 knowing she was dearly loved by her family.

Elaine was born November 27, 1937 to Melvin Harrison DeShon and Grace Pauline (Barnett) DeShon in Stewartsville, Mo. She was raised there until the family moved to St. Joseph, Mo. her sophomore year. Elaine graduated from Central High School, St. Joseph, Mo. in 1955.

During the summer before she graduated, Elaine was a Candy Striper at the hospital. After graduation, she worked at Herman's Drugstore in St. Joseph. She went to Kansas City, Mo. for training and returned to St. Joseph and worked at Black Angus as a Keypunch Operator.

On November 24, 1957, Elaine was united in marriage to Raymond Forkel in St. Joseph. Elaine had met Raymond at a Church Camp in Stanberry, Mo. that was affiliated with the Church of God Seventh Day. In 1958, they moved to Raymond's home area in Ipswich. They lived and raised their family on a farm near Ipswich.

Elaine was a devoted wife and mother. She worked as hard as anyone on the farm. She always had a home-cooked meal for all that gathered at the table. During harvest time, she took hot meals to them as they combined in the fields. She drove the grain trucks and did whatever needed to be done. After retiring in 1999, Elaine and Ray moved to Michigan to be close to family.

She enjoyed spending time with her family. Elaine often visited her siblings that still lived in Mo., especially at Thanksgiving time. She delighted in time spent with her children, grandchildren, and great-grandchildren, travelling to see them wherever they lived. She was all about family.

Elaine liked gardening, flowers, reading and taking walks. She also liked to feed the wild birds and enjoyed watching the birds and squirrels as they ate at the feeders.

Elaine was a member of the Church of God Seventh Day. While living in Michigan she attended church with the Freeland congregation. She had a strong and enduring faith.