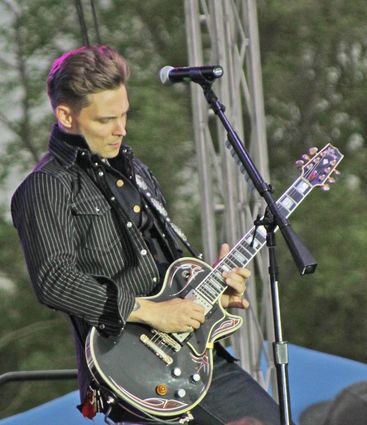 Weather issues plagued Trail Days 2019. The parade in the morning was dry, but then rain started when it was done and didn't stop until it was concert time.

There were plenty of activities downtown including Arts in the Park, bandshell entertainment provided by Quip from Aberdeen, and pony rides.

The Bulls and Broncs was delayed by heavy rain. Singer/songwriter Frankie Ballard and his band provided a concert with openers Jacked Up.

See the photo album for plenty of shots of this year's event.