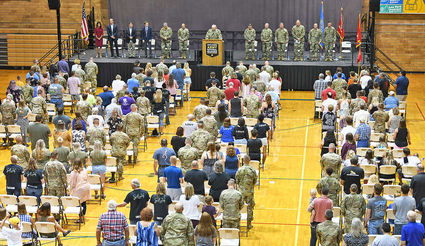 The soldiers returned home after serving on a 10-month deployment to Europe in support of Operation Atlantic Resolve, which enhances the U.S. deterrence posture, increase the readiness and responsiveness of U.S. forces in Europe, and supports the collective defense and security of U.S. allies and partners.

Family members were first reunited at the Aberd...