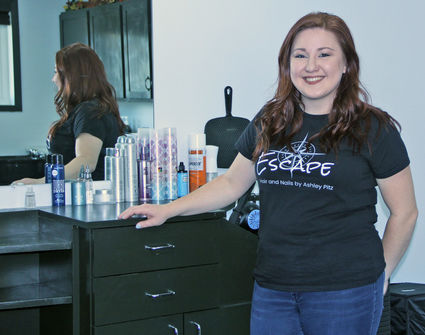 The small building next to the Ipswich Centennial mural is again home to a hair stylist. Previously it was barbers, now it is Escape, hair and nails by Ashley Pitz.

Pitz is a 2010 Ipswich graduate. After graduation she attended college, but decided to take some time off. Later she attended Lake Area Technical, receiving her cosmetology degree in 2014.

Ashley worked at Revive in Aberdeen after graduation.

She and her husband Evan Johnson moved to Ipswich. She wanted her 4-year-old son to attend school in Ipswich.

With the help of family and lots of elbow grease they remodelled the former...