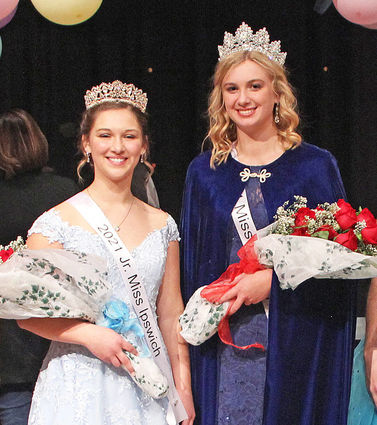 Junior Miss Ipswich Karlie Gohl will be among the participants when the Junior South Dakota Snow Queen is crowned on January 2, 2021 at 7 p.m.

Miss Ipswich Lindsey Grabowska will join the Snow Queens later that week. The Snow Queen Coronation will be held at 7 p.m. on January 9 in the Aberdeen Civic Theatre.

There will be no talent competition this year.

The Aberdeen Snow Queen Festival began after WWII when officials...