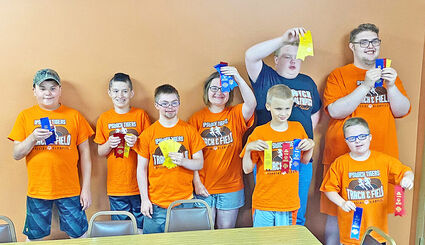 The Northeast Area Special Olympics Spring Track Meet was held in Hayti on May 20, 2021.

Due to Covid restrictions, the athletes received their ribbons in the mail so a ceremony was held at a later date.