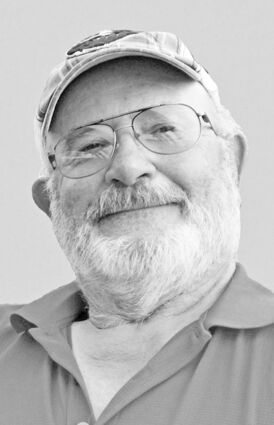 William Bonepart Steen was born August 31, 1947, the son of William and Margaret (Kocher) Steen, in Ipswich. He graduated from Ipswich High School in 1965. After school he entered the military, where he served in the Vietnam War from 1966-1968.

After returning from the war, he married Linda Pierce in 1969 in White River. They had three children – Terry, William, and Christopher. He worked various construction jobs including the construction of Interstate 29 near Horace, N.D., where he decided to stay and make his home.

He married Joan Grieger on March 18, 1995 in Nashville, Tenn., adding her two children (Christopher and Jennifer) to his family.

He retired from Horace Supply in 2009 after more than 30 years. After "retirement" he worked for some other construction companies including Glasier Enterprises driving his beloved Dump Truck.

He always made time with family a priority, often traveling to visit or inviting them for gatherings. He loved spending time with his children and grandchildren, and especially teaching them how to fish. He and his wife enjoyed spending winters in Texas with friends and summers at the lake and camping. He also loved to fish, hunt, golf, gamble, garden, can vegetables, smoke meat/cheese and BBQ. But, his favorite pastime was making friends everywhere he went. Since they loved to travel, his list of friends is endless.

He was preceded in death by his parents, sister Wilma Steen and infant brother John Steen.

The funeral service was Friday, August 20, 2021, at 11 a.m. in Hope Lutheran Church, South Campus. Burial was at St. John Cemetery near Horace, N.D.