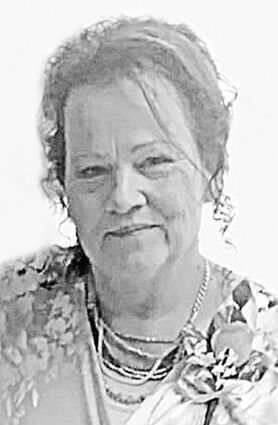 Penny Jean Aldinger, daughter of Evelyn (Ellis) and Donald Aldinger, was born June 29, 1959 at Bowdle. She attended Bowdle Public School (Class of 1977) and studied nursing at Presentation College in Aberdeen. Penny married David Bonen on September 21, 1979 at St. John's Lutheran Church in Hosmer. The couple settled in Bowdle and Penny was employed at Dr. Adajar's Clinic, the Bowdle Hospital and the Bowdle Nursing Home. She later operated a daycare in Bowdle. The Bonens moved to Hosmer in 1990 where Penny continued working in daycare. She later worked at the Hosmer Senior Citizens Home. Most recently she worked at the family business, DB Furs in addition to spending eight summers with David at Outsiders Flea Market in Rapid City.

She cherished time spent with her grandchildren; enjoyed hanging with David; riding horse in many parades; and she kept a very tidy home. Penny will be well remembered for putting others before herself.

Bearers were Ali Bonen of Chamberlain and Patrick Gisi of Hosmer.

The organist was Eileen Eisenbeisz. Ushers were David Eisenbeisz and Delbert Gienger. The reader was Judon Reinbold.

Services are in care of Lien Funeral Home, Bowdle. Penny's service was livestreamed on the Lien Family Funeral Care Facebook page and is available at http://www.MillerLienFH.com.