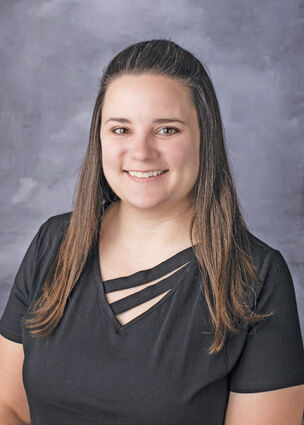 Sonje Oban has joined FEM Electric and will be doing the Advertising/Marketing/Member Services position. She is also going to be the front desk receptionist, along with other duties.

Sonje was born and raised in Sioux Falls before attending Dakota State University in Madison.  At DSU, she obtained a B.S. Degree in Digital Arts and Design with a Graphic Design specialization. She graduated in 2010.

While at DSU, she met her husband, Bryan Oban. They moved to Ipswich in 2011 and, after a brief stint in Aberdeen, have lived in Ipswich ever since.

Sonje has one daughter, Lily, who is six.

Sonje said, "I am excited to join the FEM Electric team and can't wait to get to know everyone!"