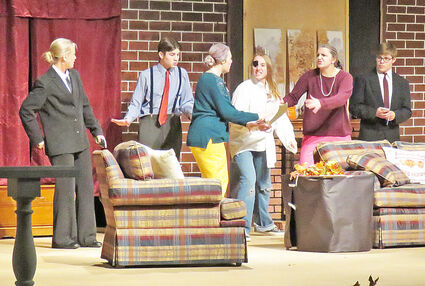 The play a spoof of Arsenic and Old Lace. In this all-ages show, Harold Peabody discovers a dark secret about his two aunts, Millie and Gertie (they are thieves). Harold's Uncle Charlie thinks he's a pirate. His cousin Mordred escapes from prison and shows up at their home to hide out.

There were bags of money, police officers FBI agents and a lot of laughs in the show.