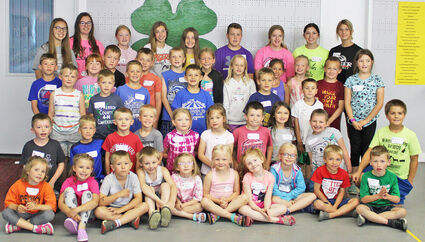 Camp was based on the Achievement Day Theme of "4-H...Where Dreams Come True!"

Campers created Minnie Mouse out of Oreos. These were used for their lunch dessert. They also had BBQ's, chips, and watermelon.