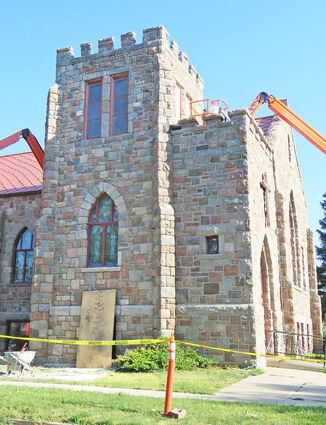 The appearance of the First Baptist Church has been restored. You could not tell that a section of the historical building was removed.

Workers for Mid-Continental Restoration Co., Inc. used rocks that were removed to build and replace the turrets at the top of the church matching the facade of the church.

Workers for the South Dakota Branch from the company, based in Fort Scott, Kansas, have been restoring the building. They were in Ipswich to tuck-point the bell tower, but extensive damage was found.

Future work for the church would be building a roof inside the bell tower to replace w...