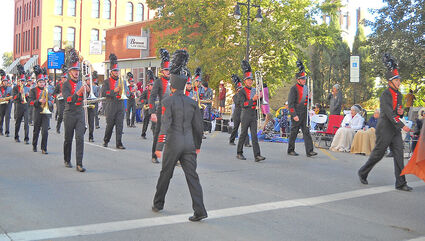 The Ipswich band marching in the Gypsy Day parade on Oct. 8.

The IHS band was named the "Overall Champion Band" by the judges. They were honored as "Best Woodwinds", "Best Percussion" and "Band of Distinction".

The band also marched in the NSU Gypsy Day parade on October 8. They received a gold rating there.

The band director is Becky Nierman.