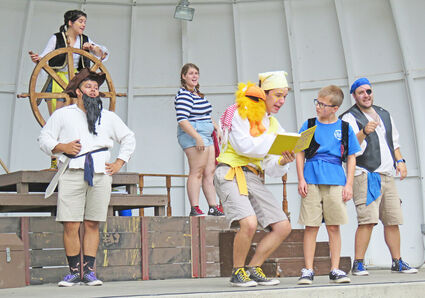 The Storybook Land Theatre on Tour presented "How I Became a Pirate" in the Ipswich Bandshell in August.

The Mina Lake Freedom Festival was held on July 3. There were family events throughout the day with fireworks that evening.

The Ipswich Fire Department was called to the Ramsey Crissman home early on July 4. The garage was destroyed by the fire.

The First Baptist Church of Ipswich had to remove a section of the bell tower. Water had been damaging the structure. Rocks were removed and used to build new turre...