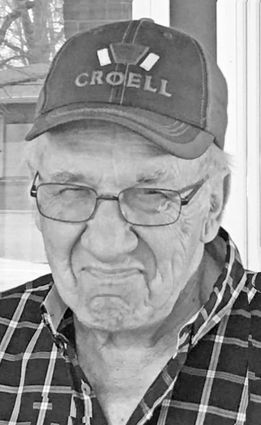 Donald James Heilman, son of Mary (Materi) and Math Heilman, was born at Bowdle on July 8, 1942. He was brought up on the Heilman farm five miles north and two miles east of Bowdle. He attended country school and then farmed with his dad. Don married Darnelda Ehresman at St. Augustine's Church on August 29, 1960. They first settled on Math's homeplace. In 1968, they relocated to their own farm one mile east of Math and Mary's. This was home until 2004 when they relocated to Bowdle.

Don was a lifetime member of St. Augustine's Church. Over the years, he enjoyed riding motorcycle, hunting deer and rabbits, trapping, playing cards, attending his grandchildren's activities, and dancing with Darnelda. Donnie will be remembered as always having a toothpick in his mouth and as a jokester whose grin would make people wonder what he was thinking.

Don is survived by Darnelda, his wife of 58 years; two sons, James Heilman of Bowdle and Dale (Holly) Heilman of Watertown; three daughters, Carla (Curt) Sayler of Jamestown, N.D., Cleo (Neil) Schneider of Aberdeen and Lisa (Darwin) Sauer of Warner; one brother, LeRoy Heilman, of Aberdeen; 13 grandchildren; and one great-grandchild.

Honorary bearers will be grandchildren-Amanda Karlen and Kaden Sauer of Warner; and Cephuriah Sayler, Ceyonna Sayler and Ciarra Sayler of Jamestown.

Casketbearers will be grandchildren-Mathew Heilman, Kaleb Schneider, and Dylan Schneider of Aberdeen; Christopher Sayler of Jamestown; Codey Sauer of Roscoe; Devon Heilman and Daron Heilman of Watertown; and Kaitlyn Aaberg of Rapid City.

Musicians will be Lisa Geier, Jeanne Bieber and Curt Sayler. Usher will be Jadon Geier. Mass server will be Hudson Drake. Offertory gift bearers will be Cephuriah Sayler and Kaden Sauer. Eucharistic Minister will be Teresa Geier, and lector will be Curt Sayler.

Arrangements are in care of Lien Funeral Home, Bowdle. http://www.MillerLienFH.com