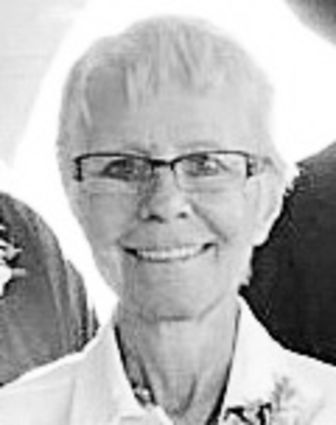 Cindy Renee Swinson (63) passed away Sunday, Oct. 27, 2019 at Sanford Hospital in Sioux Falls, SD surrounded by her loving family, after an extended battle with cancer.

Cindy was born Aug. 4, 1956 to Harold and VerNiece (Treichel) Haux in Ipswich. She attended and graduated from Leola High School in 1974. Cindy entered the US Army and was stationed at a medical research institute at Fort Detrich in Frederick, Maryland from 1975 to 1979. She was united in marriage to Robert Swinson on Oct. 6, 1977. After being honorably discharged from the US Army, they moved to Volga, SD and she attended SDSU achieving her Master's Degree in Economics in 1982.  She began working at SDSU in the Economic and Financial Aid departments. In July 1990, she was appointed Assistant Director of Financial Aid until her retirement in 2012.

Cindy was very active in community enrichment activities such as Science at the Pub, Brookings Area Dance Society, and Midwestern Songwriter's Alliance. But most important to Cindy was always family and being involved in her niece's and nephew's lives. Attending their many activities, and regular family reunions was always a priority for her.

She was preceded in death by her husband, Robert Swinson; father, Harold Haux; brother, Jeffrey Haux; and her grandparents.

A farewell memorial to honor Cindy will be held at Jim's Tap in Brookings on Friday Nov. 15, 2019 beginning at 6 p.m.  A celebration of life gathering will be held in Leola at a later date.

Her funeral arrangements are with Gramm Funeral Home of Ipswich, SD. An online guest registry is available at grammfuneralhome.com .