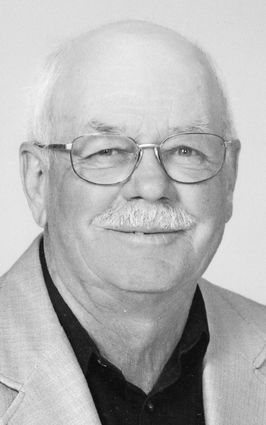 A Mass of Christian burial will be celebrated at 10:30 a.m. on Friday, January 10, 2020 in the St. Mary's Catholic Church at Aberdeen with Fr. Andrew Thuringer celebrating.

He was born James Lee Grismer on July 12, 1953, at Aberdeen, one of 13 children born to Edward and Mary (Blossey) Grismer. His family moved to the Hosmer area when he was an infant. Jim attended school at Hosmer School.

Jim had many incredible skills. After leaving the family farm he worked as an engineer in the Ipswich Hospital, drove tractor-trailer for several trucking companies and later owned his own construction business. He spent several years living and working in Texas supervising the construction of hotels. Most recently he worked for Stange Trucking near Groton. Jim was proud to share that in his lifetime he traveled over 4 million miles – or roughly 160 trips around the world!

He was a member of the St. Mary's Catholic Church in Aberdeen. Jim had a passion for remodeling and construction, having long coffees while visiting with friends and loved ones, and spending time with his grandchildren, great grandchildren, nieces and nephews.

Preceding him in death were his parents Edward and Mary (Blossey) Grismer and his older brother John. Also preceding are numerous aunts, uncles and cousins.

All friends and family should consider themselves as honorary casketbearers. The active casketbearers will be his sons, Randy, Bradley, Quentin and Jerry Grismer, and Jim's brothers, Ray, and Paul Grismer. Interment will be at a future date in Sunset Memorial Gardens Cemetery at Aberdeen.

The family respectfully requests funeral attendees wear jeans if they are comfortable doing so – Jim was not a suit and tie guy!

Spitzer-Miller Funeral Home of Aberdeen is serving the family. http://www.spitzerfuneralhome.com