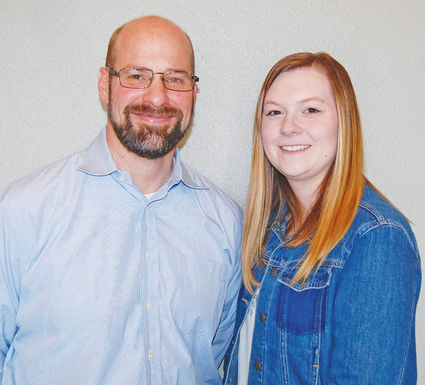 Dr. Terry Seyer, left, purchased HealthFirst Chiropractic in Milbank on February 1. He and Kirsten Roggenbuck, chiropractic assistant, will be staffing the office on a full-time basis.

Even though ownership of HealthFirst Chiropractic in Milbank has transferred from Dr. Aaron Micko to Dr. Terry Seyer, the firm's patients can expect to see a smooth transition and a continuation of the service they've grown to expect, according to Seyer. He purchased the chiropractic office effective February 1.

"We really want to focus on the patient care continuity," Seyer commented. "Nothing will change for our patients."

Seyer, who began working at HealthFirst in Milbank in May of 2018, said that ownership was a goal he had in mind for some time...