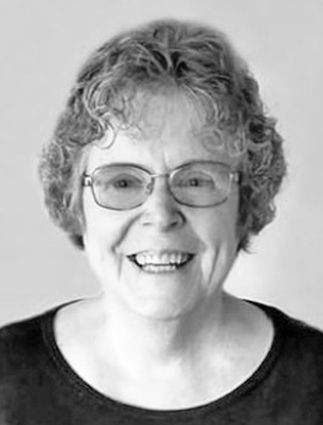 The world takes on a new configuration. Oh, it still spins on it's axis; the sun still rises in the East and sets in the West; the wind still blows in South Dakota; but it does so without the direction and commentary of Linda Flaherty.

Linda Jane Zubke was born in the Peabody Memorial Hospital in Webster on October 10, 1948, to Bill and Lucille Zubke. Subject to the desires of W.A., her father, Linda spent her early years in Waubay, Lidgerwood, N.D., Canby, Minn., and finally graduating from Glenwood High School, Glenwood, Minn. She went to Moorhead State College and received a bachelor of science degree in English education.

Upon graduation, Linda married the boy next door (Ray Ogdahl) and moved to Baker, Mont., where the first two of three children were born. She returned to South Dakota-Milbank-and welcomed child number three. During this time, she worked in the school system in Revillo, and Corona. The marriage was dissolved, and Linda eventually ended up moving to Ipswich and teaching English, where she met and married Larry Flaherty.

Throughout her career, Linda was recognized as a phenomenal teacher and exceptional writer. Upon Larry's death in 2015, she moved to Watertown and immediately made great friends, all in search of the illusive 7 No Trump bid. Likewise, she and her across the hall neighbor, Elaine, became best of friends, sharing meals and stories. It was a life lived with its share of demons and delight.

If you wish to memorialize Linda's life, use good grammar, be kind to one another, and treat everyone with respect!