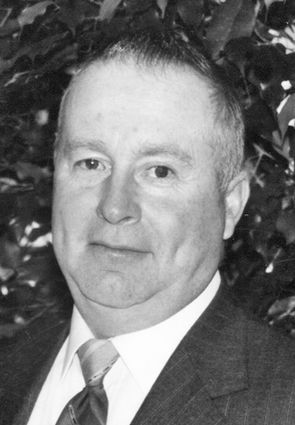 A private Mass of Christian Burial for Dennis J. Stockert, 79, Roscoe, was at 1 p.m. Tuesday, May 5, 2020 at St. Thomas the Apostle Catholic Church in Roscoe.

Dennis J. Stockert was born May 16, 1940 to Joseph and Myrtle (Kimmitt) Stockert at St. Luke's Hospital in Aberdeen. He graduated in 1958 from Ipswich High School and started farming full time from that time on. He lived on the farm his entire life.

He married Barbara Sorenson on May 20, 2004. They made their home on the farm where he enjoyed growing crops and raising cattle. His passion for the farm led to 61 years of farming.

He died Thursday, April 30, at Avantara Healthcare in Ipswich.

Thankful for having shared in his life are his wife, Barb; sister, Carol (Bernie) Helfter of Holland, Manitoba, Canada; step daughter, Penny (Neal) Zoellner; six step grandchildren; four step great-grandchildren and another that is due in June; three nieces and one nephew; four sisters-in-law and three brothers-in-law.

Dennis was preceded in death by his parents, Joe and Myrtle; two nieces and one step daughter, Tammie.