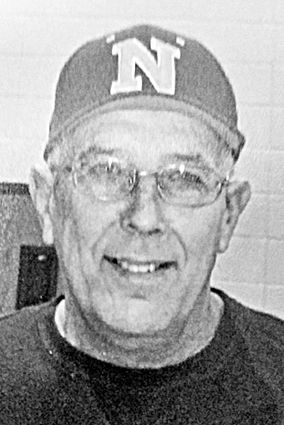 The funeral service for Dale Dennis Mayer, 74, of Aberdeen, was at 10 a.m. Saturday, Aug. 8, 2020 at Good Shepherd Lutheran Church in Aberdeen. A lunch followed the service at Melgaard Park. Burial at Morningside Cemetery in Roscoe at 2:30 p.m.

Dale was born on August 17, 1945 to Elmer and Hertha (Hieb) Mayer in Roscoe. He graduated from Roscoe High School, then went on to attend South Dakota State University, the Aberdeen School of Business and Northern State College.

Dale married Sharyn Hinrichsen in 1967, and they raised three children: Sasha, Bryana and Jordan. Dale made Aberdeen his lifetime home. He worked for over 20 years as the office manager for John Deere / Brown County Implement.

Dale loved to watch sports, especially the Chicago Bears, Atlanta Braves, University of Minnesota Golden Gophers, and Serena Williams playing tennis. He enjoyed going to Minneapolis to attend Gopher basketball games and to spend time with his brother, son, daughters, and grandchildren. Dale also enjoyed playing cards, hunting, and traveling, visiting Europe, Canada and every state except Texas and Hawaii. But perhaps Dale's biggest avocation was making friends. If sports didn't lend itself to a conversation, he was always ready with political observations and ready to make a friendly bet with someone who had opinions different than his. He was amused by the chatter on Twitter and enjoyed searching the internet for the latest news and entertainment.

Dale died Tuesday, August 4, 2020 at his residence after a long battle with cancer.

He was preceded in death by his parents and one brother, Leslie.

For anyone wishing to make a memorial in Dale's honor, the family would prefer The Northern State Wolves Club, American Cancer Society Hope Lodge, or the Roscoe Public Library. Memorials can be sent to the Gramm Funeral Home in care of Dale's family.

His funeral arrangements are with Gramm Funeral Home of Ipswich. http://www.grammfuneralhome.com