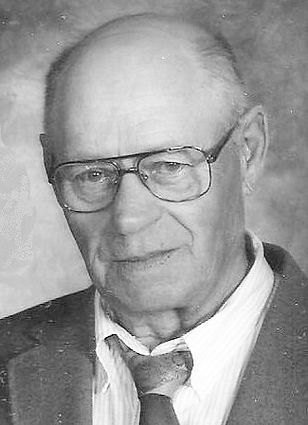 A private family graveside service will be held at the St. John the Baptist Catholic Cemetery in Onaka. A Memorial Mass will be at a later date.

Lawrence was born June 25, 1931 to Andrew and Christina (Burchard) Linderman on a farm in Hillside Township in Edmunds County.

Upon his return from service he worked construction from 1954-1960 when they moved to the family farm. He and his brother, LeRoy, farmed together starting in 1967. Their bond and a strong love of farming and family kept the operation going until 1997 when he and Irene moved to Bowdle. Lawrence loved family gatherings at the farm and made sure that family was always welcome. He enjoyed working with and visiting with neighbors as well over the many years on the farm.

When they moved to town, he worked for the city of Bowdle until his health failed.

Arrangements by Gramm Funeral Home of Ipswich. Condolences and memories may be shared with the family at http://www.grammfuneralhome.com .