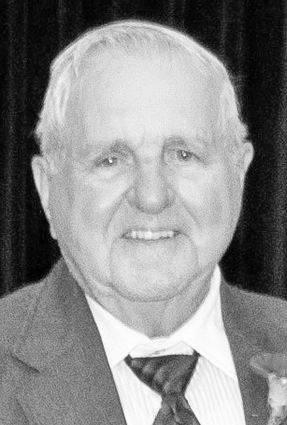 Robert, the first born of Christian and Martha (Mehlhaff) Moser, was born January 22, 1940, in Ashley, N.D. He was raised in Hillsview and attended school in that area. He worked in Eureka for Boschee's Meat Market as a butcher for many years. He also worked for his father-in-law, Harold Geffre, near Leola for 12 years. He then worked for the Earl Rott family as a farm and ranch hand for 31 years.

Robert semi-retired and moved to Leola in 2005. He still liked to help the Rott family with whatever he could do. He fully retired in 2014 following a heart attack and continued to live in Leola until the time of his death.

Robert was a simple man, who enjoyed family gatherings, spending time with his children and grandchildren, and going for drives in the country with his boys. He was always asking his sons what they were up to and how things were going with their jobs. Even as medical conditions took most of his sight in recent months, he could still tell you where every rock pile, fence line, and low spot were in the fields we passed that he had farmed for many, many years.

He had a deep faith and rarely missed church services at St. James Lutheran Church in Leola, where he was a member for 40 plus years. He was always one of the first ones in the church and always sat near the front in the same pew. He enjoyed his time spent with the coffee crowd at G's in Leola and at Billy's after church on Sundays. Robert enjoyed auctions, going to ballgames, socializing, rodeos, old westerns, polka music, never missed a broadcast of the Herreid Livestock Auction and in recent years sitting out in front of the house watching traffic. He also enjoyed the traveling he was able to do over the years. He will be greatly missed by his family and the community.

Arrangements by Gramm Funeral Home, Ipswich. Condolences and memories may be shared with his family at http://grammfuneralhome.com.